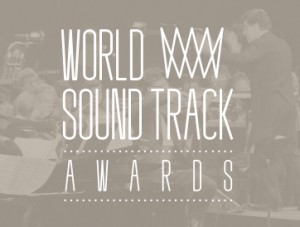 Howard Shore has been nominated for the public choice award for his score for: The Hobbit: The Desolation of Smaug

We proudly present to you the five nominees for the Spotify Public Choice Award, made possible by PwC.

– ‘The Hobit: The Desolation of Smaug’
by Howard Shore

In 2001 Film Fest Gent founded the World Soundtrack Awards, the most prestigious film music awards in the world. Each year the best contemporary soundtrack composers are recognised for their work. Due to this focus on film music, the festival soon became an annual meeting place for both internationally renowned and up coming musical talents. The Spotify Public Choice Award will be one of the prizes given to the most popular soundtrack of a movie released between 1 July 2013 and 30 June 2014.

You can listen to the WSAwards playlist on the Spotify FFGent account!

Besides the awards ceremony, the American composer Cliff Martinez (ex-drummer of the Red Hot Chilli Peppers and cult composer of soundtracks of ‘Drive’ and ‘Spring Breakers’), Dan Romer (Discovery 2013), Francis Lai (Lifetime Achievement Award 2014) and Jef Neve (composer ‘In Flanders Fields’) will be the central guests of the evening. Brussels Philharmonic conducted by Dirk Brossé will perform a selection of scores of these productive and award-winning artists, supported by film fragments on the big screen.

The 14th WSAwards will take place on 25 October 2014 at Kuipke in Ghent.
Tickets are available online from €30 on and €20 for students.