The Two Towers – Live to Projection 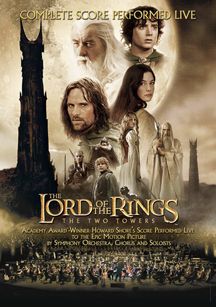 THE LORD OF THE RINGS: THE TWO TOWERS
COMPLETE SCORE PERFORMED LIVE