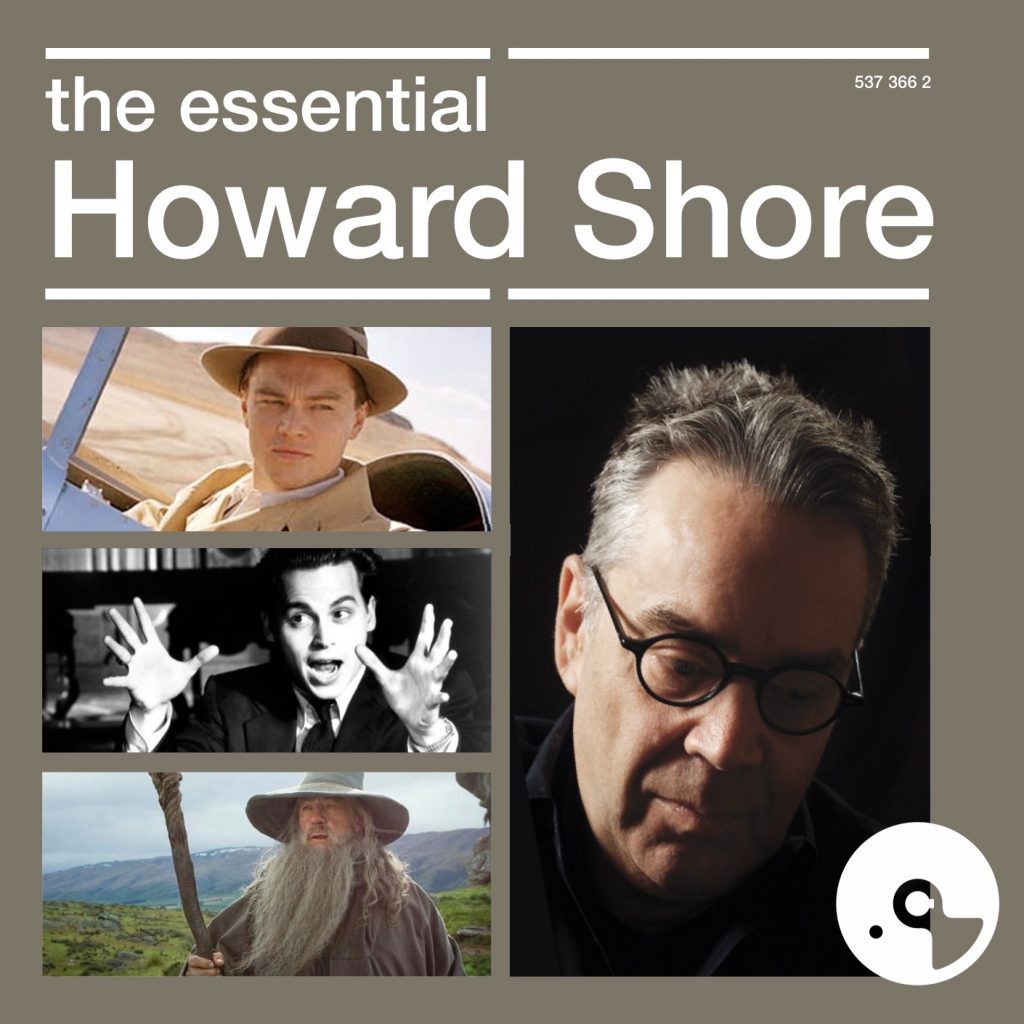 October 2017 is notable for the visit to France of the great Canadian composer Howard Shore, who will be in the news for two reasons: a concert at the Salle Pleyel, plus a special tribute organized at the Cinémathèque Française.

For the collection Ecoutez le cinéma!, this is the ideal moment to publish The Essential Howard Shore, the first anthology ever to attempt a picture of the composer’s opus: lush, mysterious, and balanced between vast symphonic scores and compositions representing extremely varied genres: pop, electronica, jazz and experimental music. This double CD examines the astonishing career of an avid composer of music in the plural, a musician who, in addition to his longstanding friendship with director David Cronenberg (15 feature films so far, including The Fly, Dead Ringers, A History of Violence), has collaborated with such filmmakers as David Fincher (The Game, Seven, Panic Room), Tim Burton (Ed Wood), Arnaud Desplechin (Esther Kahn), Martin Scorsese (After Hours, The Aviator, The Departed) and, of course, Peter Jackson, through the two trilogies The Lord of the Rings and The Hobbit which have allowed a huge audience to discover the Canadian composer’s splendid writing for the cinema.

Every facet and inspiration of Howard Shore is portrayed in this lavish set from which emerge timbres (or their blends) combining extraordinary sounds: the electric guitar sextet from Crash; the theremin featured in Ed Wood; the pyrotechnics of Ornette Coleman’s saxophone in Naked Lunch; the voices of Roger Waters, Annie Lennox and Zaz… The Essential Howard Shore is an indispensable set for all the aficionados of this innovative composer whose discography, thanks to films, is totally personal.