Maps to the Stars – Single 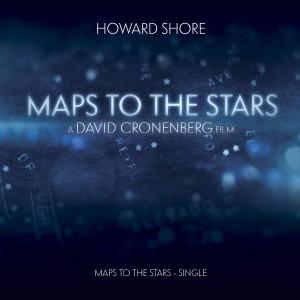 Maps to the Stars, the new film directed by David Cronenberg will be released theatrically in France and Germany on Wednesday, May 21st. Howe Records will release a digital only single on the same day in advance of the full the score coming early autumn.

Look for “Maps to the Stars – Single” on iTunes or on Amazon.

And features an original score from Howard Shore.

“Cronenberg’s go-to composer, Howard Shore, delivers one of his best scores yet for the dry Canadian maestro, a menacing undertow that picks up on some of the ethnic, New Age sounds of the world it depicts, but shifts them into Clockwork Orange territory.”
-Lee Marshall, Screen Daily

The film premiered at the Cannes International Film Festival on Monday, May 19th

“My instant reaction, after stumbling, open-mouthed, from the cinema, was a pathological need to stumble back in again. There’s so much in this seething cauldron of a film, so many film-industry neuroses exposed and horrors nested within horrors, that one viewing is too much, and not nearly enough. Cronenberg has made a film that you want to unsee – and then see and unsee again.”
-Robbie Colin, The Telegraph