Howard Shore: The composer of images 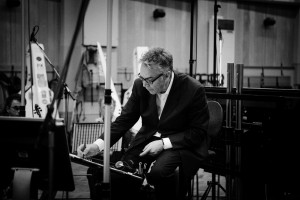 Howard Shore, before establishing an outstanding association with his fellow Canadian David Cronenberg – as longstanding as it has been productive – was the original music director for the celebrated Saturday Night Live (1975 – 1980). His numerous memorable appearances include sketches with Belushi/Aykroyd. In addition to his contribution to Cronenberg’s imaginative worlds, Shore’s trajectory has intertwined with that of Martin Scorsese. The film that began their collaboration was the nocturnal After Hours. The significance and impact of his compositions goes beyond the works of these two auteurs and he has been involved with films now considered landmarks in film history such as Jonathan Demme’s The Silence of the Lambs and David Fincher’s Seven. Equally at ease in comic mode, Shore wrote the score for Tim Burton’s Ed Wood and the rock-movie High Fidelity directed by Stephen Frears. In recent years Peter Jackson asked him to compose the music for his two Tolkien trilogies. This epic composition – since created as a symphony and as a live to projection concert that is currently on tour in Europe and throughout the world – won Shore his first two Oscars, Best Score for The Lord of the Rings – The Fellowship of the Ring and for The Lord of the Rings – The Return of the King as well as the statuette for the Best Song “Into the West.”

“Howard Shore’s career has been so rich and varied that any brief introduction to his work risks coming across as reductive. In the tradition of the great composers who can produce such unforgettable and varied themes, Shore is much more than a creator of music. While working with traditional notation modes – the pen and the musical score – he has been able to come up with harmonies that suit the most diverse imaginative worlds, giving substance to scenes and characters in inimitable style. With no space to mention so many other essential collaborations, I cannot however refrain from noting his contribution to the interior worlds of Cronenberg’s films: without his soundtracks films such as Videodrome, eXistenZ, M. Butterfly, A Dangerous Method would not have been possible. I am certain that his presence at Locarno will constitute one of the focal points of the next edition, and I thank him for having accepted our invitation to share his career experiences with our audience, who, like me, have been so thrilled and moved by his work over the years.” Carlo Chatrian, Artistic Director of the Festival.

The Festival’s audience and guests will have the opportunity to meet Howard Shore at his masterclass. For the third consecutive year, the Vision Award is supported by Nescens Swiss anti-aging science.

The 69th edition of the Festival del film Locarno will take place August 3 – 13.