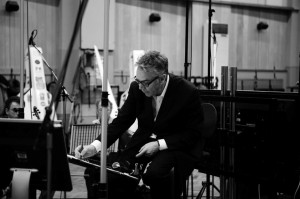 Presented by the National Concert Hall and RTÉ Concert Orchestra

Tickets available to concert ticket holders only. You can purchase tickets for the talk and the concert here.
Booking available for Friends of the National Concert Hall from 26th February, please log in using your Friends log-in to book your tickets

Howard Shore is among today’s most respected, honoured and active composers. His work with Peter Jackson on The Lord of the Rings trilogy stands as his most towering achievement to date, earning him three Academy Awards.

He began collaborating with David Cronenberg and has scored fourteen of the director’s films, including Cosmopolis, The Fly, Crash, and Naked Lunch. Shore continues to distinguish himself with a wide range of projects, from Martin Scorsese’s Hugo, The Departed, The Aviator and Gangs of New York to Ed Wood, The Silence of the Lambs and Philadelphia. In 2008, Howard Shore’s opera The Fly premiered at the Théâtre du Châtelet in Paris and at Los Angeles Opera and his piano concerto Ruin and Memory premiered with Lang Lang and the China Philharmonic Orchestra in 2010. Most recently, he has scored Peter Jackson’s The Hobbit.

With the RTÉ Concert Orchestra and soloist Emma Jane Murphy, Howard Shore will present this new Irish collaboration featuring both his classical and soundtrack work.

Presented by the National Concert Hall and RTÉ Concert Orchestra