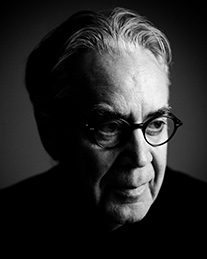 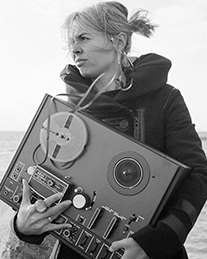 The National Arts Centre (NAC) is proud to announce that acclaimed Canadian composer Howard Shore has chosen to mentor Montreal composer Nicole Lizée through the 2015 Governor General’s Performing Arts Awards Mentorship Program. Made possible with support from The Keg Spirit Foundation, the program allows past recipients of the Governor General’s Performing Arts Award, Canada’s highest honour in the performing arts, to give back to the next generation.

Howard Shore received the Governor General’s Performing Arts Award for Lifetime Artistic Achievement in 2011 for his many contributions to the cultural life of Canada. He is among today’s most respected, honoured and active composers and music conductors, and his music has been performed in concerts throughout the world. His work with film director Peter Jackson on The Lord of the Rings trilogy stands as his most towering achievement to date, earning him three Academy Awards. He has also received four Grammy and three Golden Globe awards.

Nicole Lizée has been called a “brilliant musical scientist” and lauded for “creating a stir with listeners for her breathless imagination and ability to capture Gen-X and beyond generation.” She creates new music from an eclectic mix of influences, including the earliest MTV videos, turntablism, rave culture, Hitchcock, Kubrick, 1960s psychedelia, and modernism. In a decade and a half of composition, she has received over 40 commissions, and her music has been performed worldwide in such renowned venues as Carnegie Hall (New York), Royal Albert Hall (London), Muziekgebouw (Amsterdam) and Cité de la musique (Paris).

“I am very excited to have this chance to learn from the great Howard Shore,” Ms. Lizée said. “Mentorship opportunities like this are as valuable as they are rare, and so I am grateful to the Governor General’s Performing Arts Awards Foundation, the National Arts Centre and The Keg Spirit Foundation for making this possible.”

“Nicole is such an innovative composer, a truly original voice,” Mr. Shore said. “I look forward to exchanging ideas and collaborating as artists through this program.”

A unique partnership between the Governor General’s Performing Arts Awards Foundation, the National Arts Centre and The Keg Spirit Foundation, the GGPAA Mentorship Program is designed to offer creative guidance to talented mid-career artists, and serves as an investment in future Canadian artistic achievement. Each year, a past laureate of the Lifetime Artistic Achievement Award is invited to select a professional artist (or artists) to share, learn and grow from the experience and insight of their mentor. In addition to receiving artistic guidance and an honorarium, each protégé is showcased throughout the GGPAA celebrations in Ottawa, culminating with the star-studded GGPAA Gala at the NAC.

The Governor General’s Performing Arts Awards and the National Arts Centre Foundation are deeply grateful to The Keg Spirit Foundation, which has generously supported the Mentorship Program for seven consecutive years, and has just pledged its support for the next three years. Established in 2001, The Keg Spirit Foundation supports organizations that mirror the mentorship that The Keg Steakhouse + Bar has provided to hundreds of thousands of young staff for over 40 years. In that time, over $8 million has been raised for more than 300 charities across North America.

“The Keg Spirit Foundation supports high-quality mentorship programs, because we know a mentor can make a significant difference to a career,” said David Aisenstat, President and CEO of The Keg Steakhouse + Bar, and Chairman of The Keg Spirit Foundation. “Pairing a rising Canadian artist like Nicole Lizée with an outstanding Canadian composer like Howard Shore is an inspiring choice. I have no doubt Ms. Lizée will benefit from Mr. Shore’s experience and guidance, and we are thrilled to be supporting them.”

Created in 1992, the Governor General’s Performing Arts Awards are Canada’s highest honour in the performing arts. This year’s laureates for Lifetime Artistic Achievement are Walter Boudreau, Atom Egoyan, Diana Leblanc, Sarah McLachlan and R.H. Thomson. Two other distinguished national awards are also conferred each year as complements to the GGPAA for Lifetime Artistic Achievement. This year Michael M. Koerner will receive the Ramon John Hnatyshyn Award for Voluntarism in the Performing Arts, while Jean-Marc Vallée is the recipient of the National Arts Centre Award, which recognizes exceptional achievement over the past performance year.

Montreal-based composer Nicole Lizée creates new music from an eclectic mix of influences, including early MTV videos, turntablism, rave culture, Hitchcock, Kubrick, and 1960s psychedelia and modernism. Fascinated by the glitches made by outdated technology, she captures them, notates them and integrates them into live performance. Her work explores such themes as malfunction, reviving the obsolete, and harnessing imperfection to create a new kind of precision, and her compositions range from works for orchestra and solo turntablist to other unorthodox instrument combinations that include video game consoles, Omnichords, Stylophones and karaoke tapes.

Ms. Lizée received a Master of Music degree from McGill University in 2001. Her commission list of over 40 works is varied and distinguished, and her music has been performed worldwide in such renowned venues as Carnegie Hall (New York), Royal Albert Hall (London), Muziekgebouw (Amsterdam) and Cité de la musique (Paris), and at festivals including X Avant and Luminato (Canada), Bang on a Can and Ecstatic (USA), the BBC Proms, Huddersfield and All Tomorrow’s Parties (UK), C3 (Berlin), Casalmaggiore (Italy), and Dark Music Days (Iceland).

She was awarded the prestigious 2013 Canada Council for the Arts Jules Léger Prize for New Chamber Music, and her work for piano and notated glitch Hitchcock Études was featured at the 2014 World Music Days (International Society for Contemporary Music) in Wroclaw, Poland. Other distinctions include a Prix Opus, two Prix collégien de musique contemporaine, and the Canada Council for the Arts Robert Fleming Prize for achievements in composition.