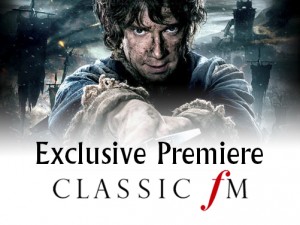 UPDATE: Ahead of an exclusive world premiere broadcast of his music for The Hobbit: The Battle of the Five Armies, Howard Shore talks about the joy of composing for Middle-earth.

Exclusive World Premiere Moved to Tuesday 2 December Classic FM will premiere two tracks from Howard Shore’s score for The Battle of the Five Armies at 10:30am GMT during John Suchet’s show. Tune in on http://www.classicfm.com

The soundtrack album will be released on Dec 9th.

Pre-Order the Album at: iTunes or at Amazon.com.

Learn more about the album here.